Why TypeScript is better than JavaScript?

Why TypeScript is better than JavaScript?

The first thing that comes to mind when we think of frontend development are key terms like HTML, CSS, and JavaScript to display, style, and script the page. But if we dig a little deeper, we’ll come across buzzwords like React, Angular, Vue and TypeScript.

Wait a second… TypeScript? Why would anyone want or need another “script” when a widely using standard solution is already in place?

As we all know, when one technology or language rises, an alternative option enters the market and gives the top one a run for its money. And now there’s a new player in town: TypeScript. With TypeScript’s growing popularity, we can consider it an advance version of JavaScript with additional features. 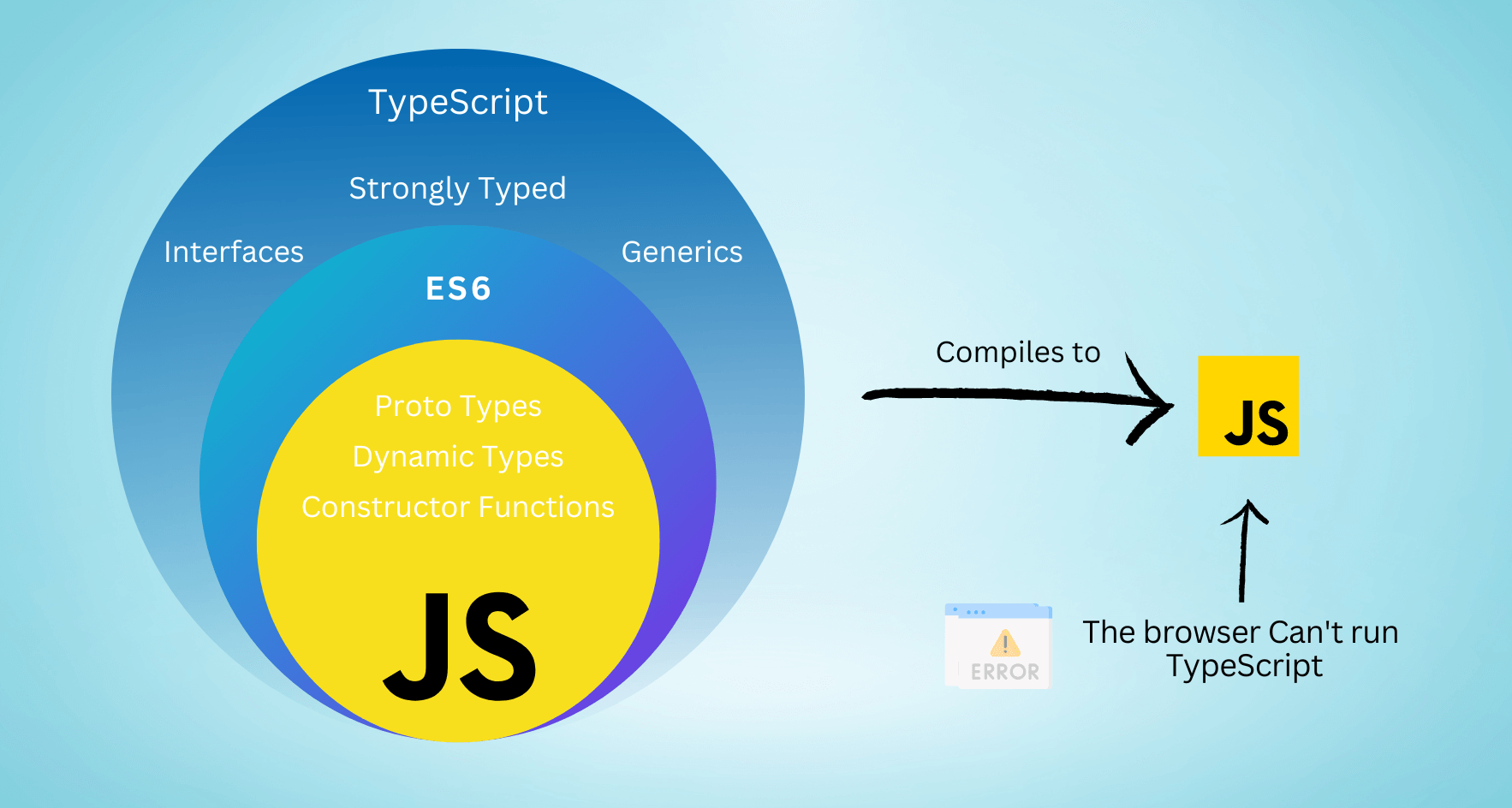 Typescript is a free and open-source programming language from Microsoft creates to address issues that arise when developing large-scale JavaScript applications. These applications typically include hundreds of different files. A single change can have an impact on the behaviour of multiple files. Because JavaScript cannot validate the connection between those files, developers have a lot of leeway to make mistakes that lead to bugs in production. That is why a frontend language with static type checking was required.

Interfaces, JavaScript libraries, and API documents all supports TypeScript. It can assist in detecting and debugging errors in apps at an early stage. This programming language was initially design to overcome the difficulties that JavaScript encounters while expanding: its complexity and heaviness. Because of these limitations, JavaScript was unable to meet the needs of enterprise-level applications. As a subset of JavaScript, it provides programmers with excellent front-end tools without requiring extensive coding.

In a nutshell, this is a statically compiled programming language that allows you to write clear and concise JavaScript code. This programming language serves the same function as JavaScript and can use for client-side and server-side applications. TypeScript also includes features such as interfaces, type aliases, abstract classes, function overloading, tuples, generics, and so on.

5 reasons why you should choose TypeScript over JavaScript

1. It is more explicit

Making types explicit focuses our attention on how our system is built and how its various components interact with one another. It is critical in large-scale systems to be able to abstract away the rest of the system while keeping the context in mind. Types allow us to do so.

If you’re familiar with Python and C++ classes, you should be aware that TypeScript works in the same way. Unlike JavaScript, it behaves consistently, particularly when using the “this” keyword and defining methods. The arrow function methods include abstract classes and member visibility, resulting in a type-safe application model. TypeScript understands OOPS concepts and aids in server-side development.

It is preferable to select a language compatible with all browsers rather than testing the application on each browser individually. This is true of TypeScript. You write code once, and the program decides which browser to target. It goes through the TypeScript compilation process and then runs on browsers. As a result, it eventually supports all browsers that support JavaScript. Because of its compatibility with all web browsers, TypeScript is usually preferred over JavaScript.

Learning TypeScript exposes you to new programming concepts that you may not have encounter before, such as types, generics, interfaces, enums, and namespaces. Because all of these structures were inspire by static-typed languages such as C#, Java, and C++, using TypeScript may benefit you in the future when you want to try a new programming language.

You can’t simply convert a JavaScript team or a JavaScript repository to idiomatic TypeScript. There are trade-offs to be made, as well as upfront time sacrifices. While we can debate the benefits of being explicit about types in the long run, it does take more time to add them in the short run. This may not seem like a big deal, but it is an argument in favour of JavaScript. As a result, you should avoid using TypeScript for small projects and prototypes.

Why Migrate Your Project to TypeScript? 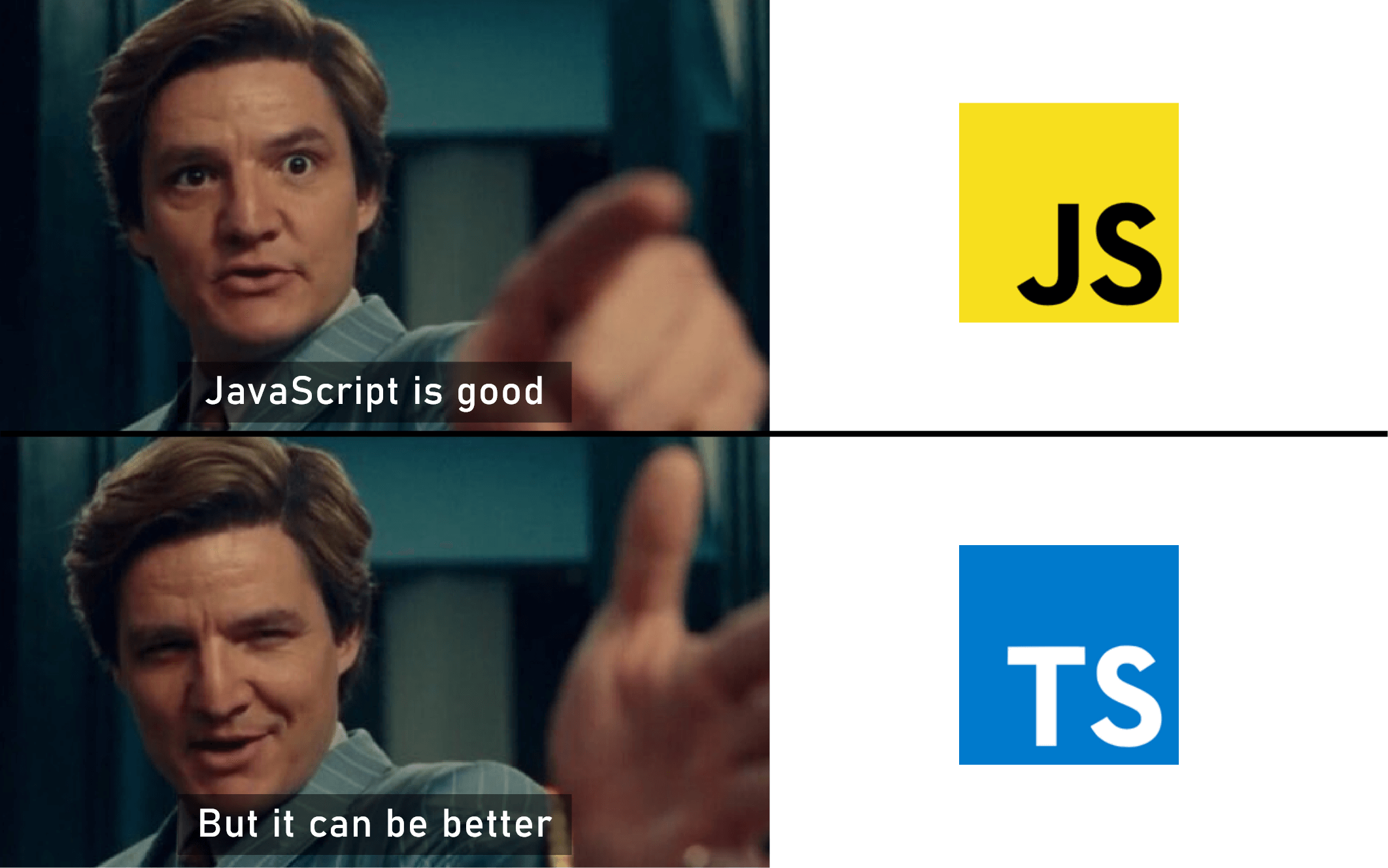 Overall, even if you don’t use TypeScript to its full potential, it’s a great tool to have in your toolbox. It’s simple to start small and gradually expand, learning and adding new features as you go. There is no need to be afraid because TypeScript is pragmatic and welcoming to newcomers. TypeScript will benefit every project that uses or will use JavaScript. Facts do not lie, and based on all of the statistics and tech news floating around in the JavaScript world, TypeScript is the future, and the future is now.

If you would like to go digital with your business, we can help you with: